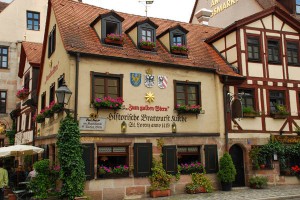 St. Lorenz in Nurnberg. Not easy to find, not even the locals seem to know where it is.

We tried them both. Overall favorite prize from our informal contest went to Regensburg for flavor and originality. 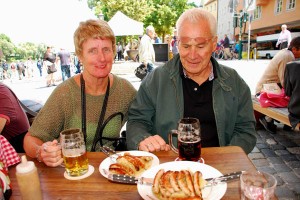