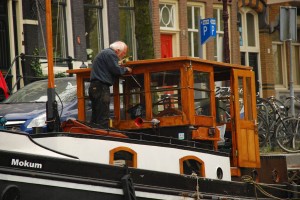 A gorgeous spring day topped off by a canal cruise where the everyday life of the denizens of the boats which line the canals (more than 2,000 boats of various states of condition, some hulks and some quite luxurious) are home to many of the city’s citizens, who shell out as much as $500,000 for one of these prime spots (boat included, no matter the condition). Today we took in the Anne Frank house museum plus the “Church in the Attic,” a house from the 1600s which was partially converted to a Roman Catholic church during the period when the Netherlands was fighting the King of Spain for religious freedom from the Roman Catholic church. A resident took it upon himself to construct a church inside his canalside house so that the faithful could still practice their religion as the country was changing over to Protestantism. 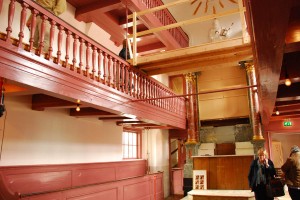 Posted in New Discoveries and tagged amsterdam, attic, boats, canals, church, in, the.