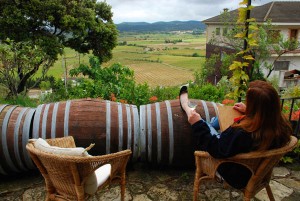 We’re on our way to Lisbon where we’ll greet return guests Art and Carol for their sixth trip with European Focus since 2007. Along the way, we’re scouting locations for future tours and yes, even pausing to do nothing for a bit.

After nine nights spent in Otlingen, near Stuttgart, Germany (a record for us, we have never stayed so many consecutive nights in one place other than our apartment in Rothenburg ob der Tauber) we undertook the first leg of our trip starting on Sunday morning at about 10 a.m. Eight hours and 854 kilometers later, we were arriving at the oasis of the Mas de Gleyzes near Nimes, France. That crazy long drive through sunshine then heavy showers and then sunshine again and through some gorgeous countryside especially once we passed Lyon was necessary so that we could enjoy two nights of relaxation at one of our favorite country B&Bs, where we are now at the time of this blog being uploaded. 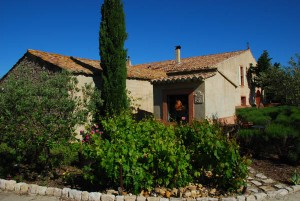 Peaceful rest stop in the Languedoc region of France

The Mas de Gleyzes was just what Jenean needed after nine nights in one of Germany’s not-so-attractive parts. While James spent each day driving around the Schwaebische Alb with his client, photographing charming villages and old churches, Jenean spent most of that time in our two-level room doing administrative work and getting prepared for her future tours later this summer. The stopover in France – one of Jenean’s favorite places on earth – was like salve to the soul and we drunk it in quite literally with a bottle of chilled rose wine presented by Philippe, the gracious co-owner of the Mas (farm) who also thoughtfully served some delicious olives and other snacks along with the wine, settled into a bucket of ice. Rose wine is one of the big products of this part of France, nestled up against more famous Provence. We love the Languedoc region and dream of winning the lottery and buying a Mas there. 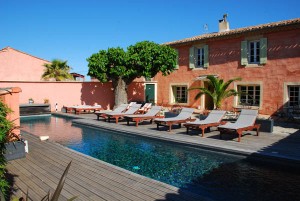 Speaking with Philippe and his wife Brigitte after breakfast the next day we learned that they had searched for three years, through an agent, for the Mas de Gleyzes. They’d fallen in love with the region years ago while Philippe was working as an engineer. They yearned to come back and now they have, with a lovely five-room inn to provide a living and a refuge for tired guests like the Derheims.

Dinner – if you can call it that – was one of our favorites. We had stopped at a store along the Autoroute and had, just in the nick of time before the store closed, purchased some salami, cheese, bread and other snacks. We enjoyed that with a small caraffe of lovely house red. 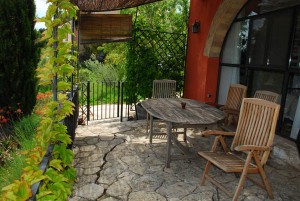 The next day dawned sunny and clear but cold. The overnight temp had dropped to only eight degrees centigrade. People all across the region are commenting on the weather and it was the main topic of conversation at breakfast. “At least five degrees centigrade cooler than normal,” is what we heard. The other night, a waitress in a Gasthaus in Germany had proclaimed 2013 to be the “year without a summer.” Funny. It’s only middle May. A little early to close the curtains of summer. We have hope.