In this time of lockdown and travel restrictions, it’s been fun and interesting to explore what is just around the corner, less than half an hour away from my home base of Rothenburg ob der Tauber. There are so many historic, pretty hamlets and towns.
On January 1, we visited Burgbernheim, Middle Franconia, Bavaria. The small town has a beautiful church dating back to the 11th century, with a tower from the early 1400s and a main sanctuary from the early 1700s. A round war memorial was dedicated in 1925 for the 67 men lost in World War 1. In 1952, another dedication for those lost in WW2. There are reminders everywhere of the dangers of following a racist megalomaniac. So much to see, even during a pandemic and lockdown. In the future, clients of European Focus will enjoy places like Burgbernheim and more. 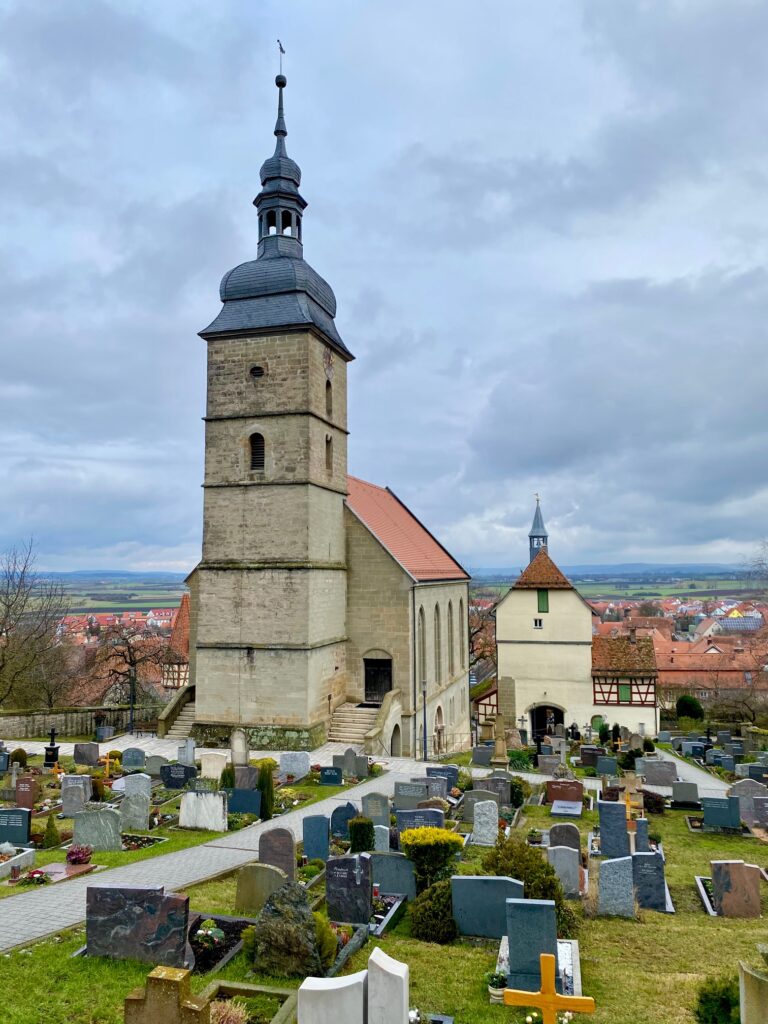 The church of St. Johannis was built on foundations from the 11th century. The tower is from the 1400s and the long part (sanctuary) is from 1723 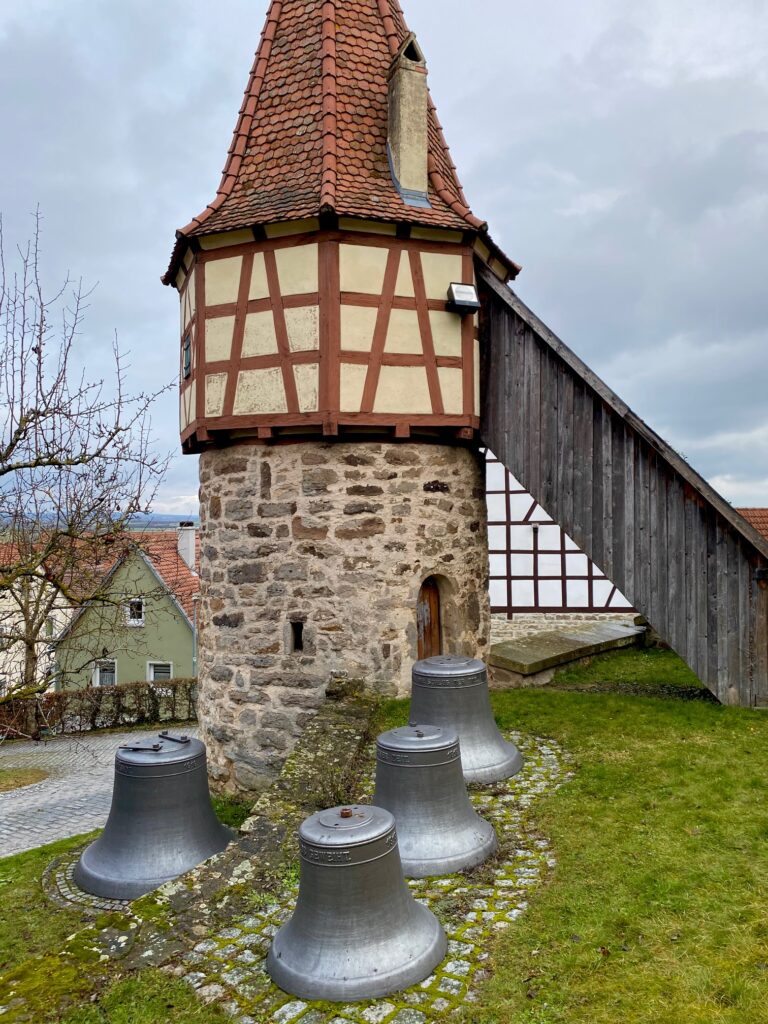 These steel bells were taken out of the belfry in 2006 and replaced with new brass bells made in Bavaria. The steel bells were a temporary replacement for the originals, lost in the maelstrom of WWI when they were melted down to make schrapnel and bullets 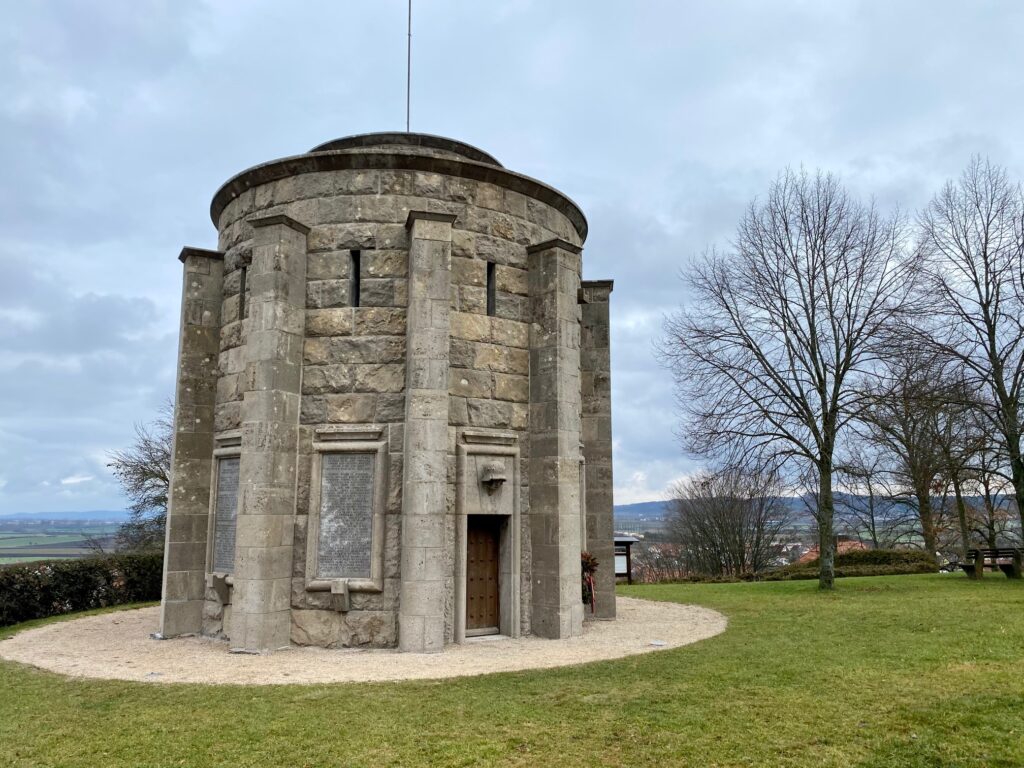 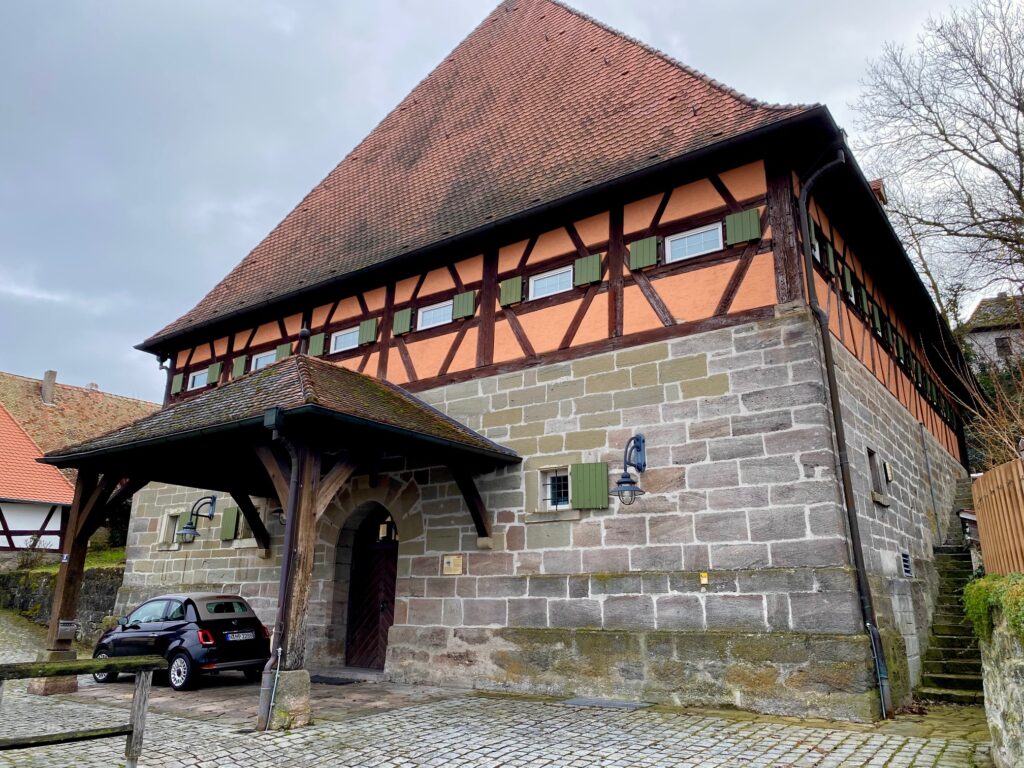 The historic “Rossmuehle” or horse mill, built in 1525 and rebuilt several times after periods of disuse. It is now a meeting hall with space upstairs for 300. 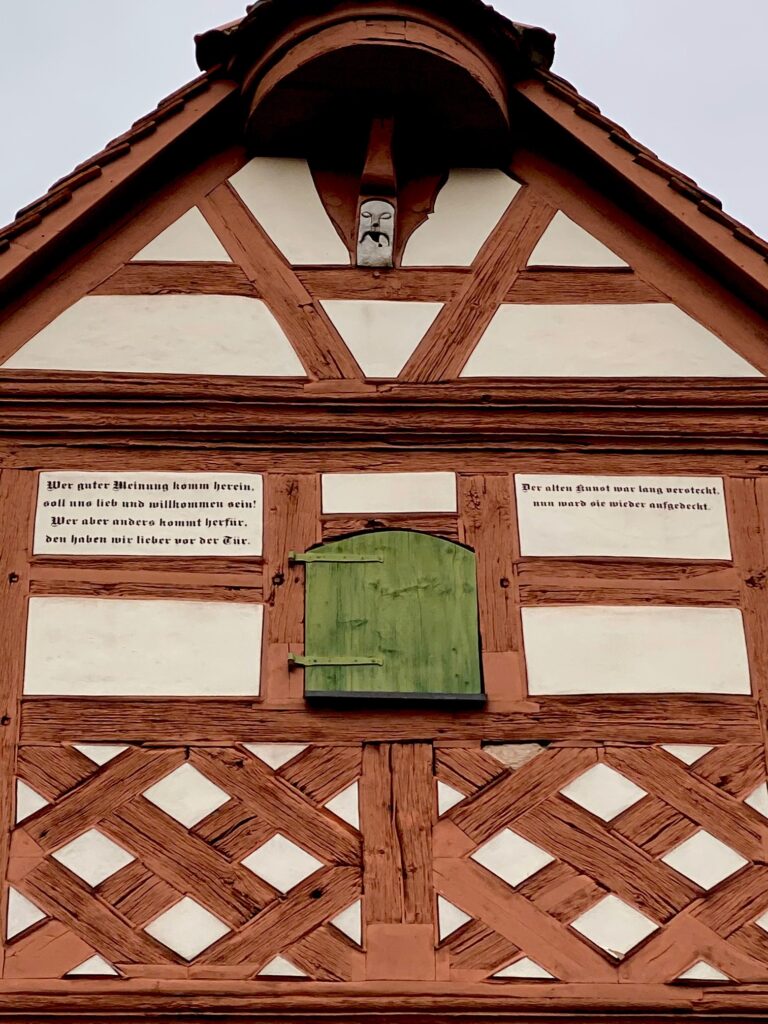 See the face near the top of this fine, half-timbered house from 1607? It was meant to scare away the evil spirits connected with the plague, a major concern through the centuries in Europe 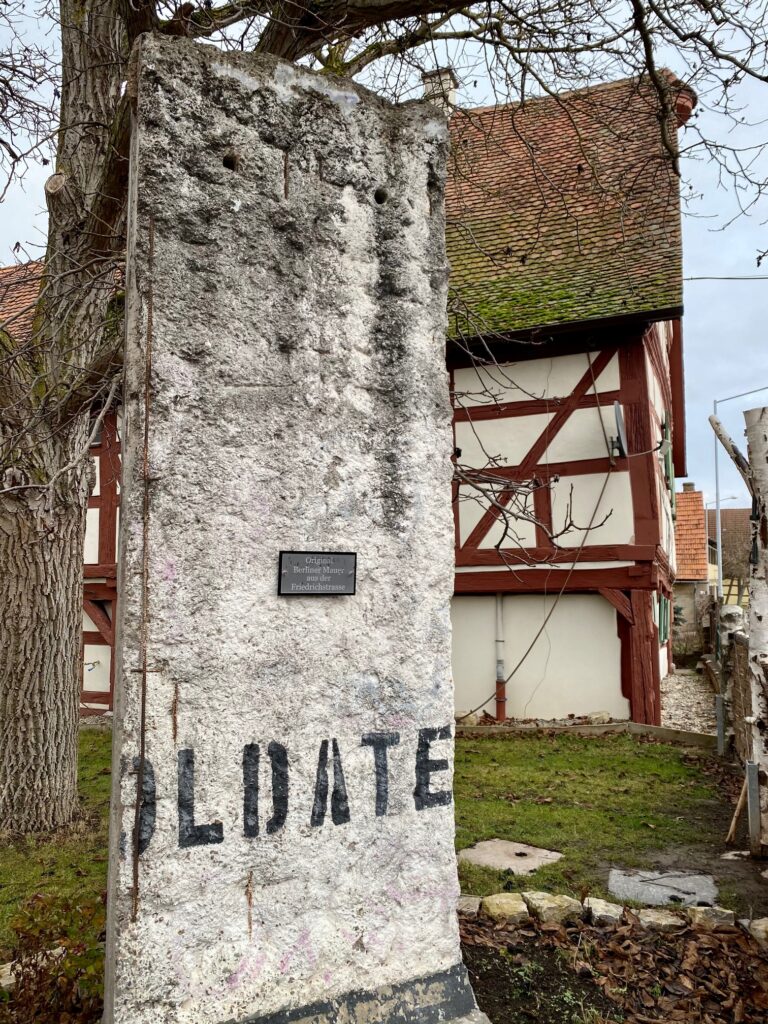 A piece of the Berlin Wall, taken from Friedrichstrasse 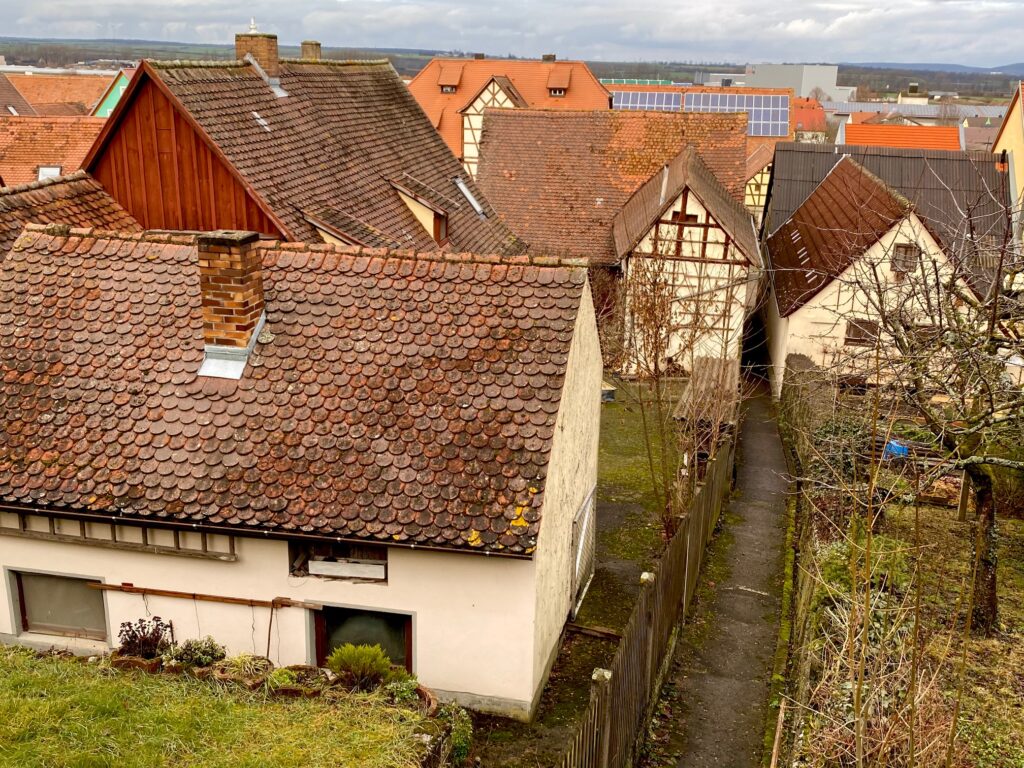 Exploring the pretty and narrow lanes of Burgbernheim