Magdeburg was one of the most important medieval cities in Europe starting from the 10th century and lasting all the way up to 1631 when it suffered terribly during the 30 years war of 1618-48.

Presented to Edith as a wedding gift from her husband’s father, the market town on the Elbe River thrived and grew over five centuries. It was rich and it was powerful. The first Holy Roman Emperor, Otto I, is buried in the cathedral as is Queen Edith.

Damaged in world War II, Germany’s oldest gothic cathedral was restored to its former glory under the communist government. The massive structure was built starting in 1250 on top of an earlier church, that of the Benedictine Monastery dedicated to St. Maurice. The current church goes by the name of Saints Maurice Catherine. It was finished in 1520. The town converted to Lutheran after Martin Luther visited in 1522 and gave a series of speeches, electrifying the populace against the Emperor, Charles V, and the Roman Catholic Church. The town’s choice to follow Luther was one of the reasons why it suffered so greatly during the 30 years war, when it was sacked and burned under General von Tilly. More than 20,000 of its citizens were killed during this war between religions.

Magdeburg is just one of the slightly off the beaten track places you can discover while on a private tour with European Focus. See even more images and keep up with our travels by “Liking” our Facebook page, found here: 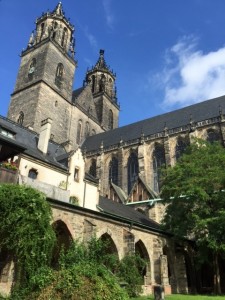 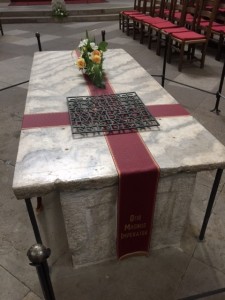 The massive church and the burial place of Otto I, who died in 973. 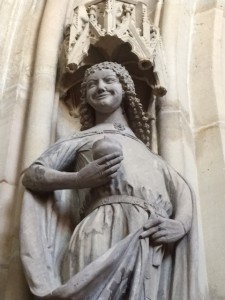 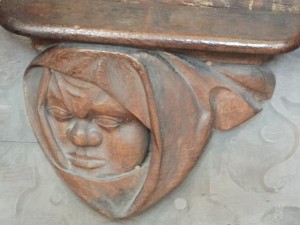 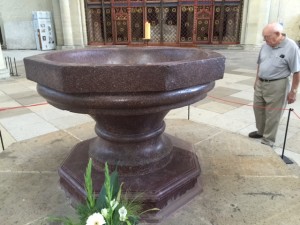 One of the choir benches in the oldest section of the church from about 1323. Each bench has a funny carving on the bottom to remind the monks to live life according to restraint. The font is a mystery. Carved from stone found only in Egypt, no one knows how it got to Magdeburg or its use. It could have been used as a fountain in pre-Christian times. 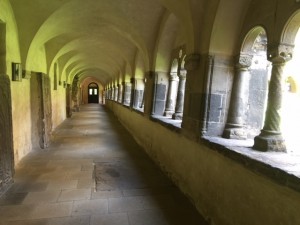 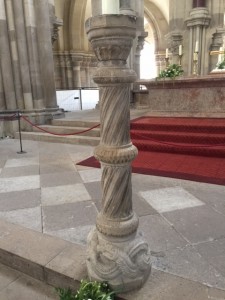 The cloister and a candlestick from the previous church, dated around 1125. 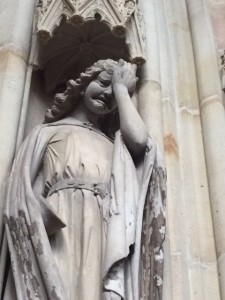 One of the incredible works of art in the church are the smiling and the unhappy virgins, carved by an unknown artist in about 1250. The story recounts that from the Bible of the maidens who arrived at a wedding with wine, and those who arrived without. It tells the story of loss and despair, happiness and preparation versus being unprepared. The misery on the faces of the five unhappy virgins is delicately and perfectly captured.