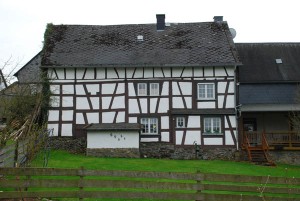 Dennis Jenkins from Grand Junction, Colorado wanted to find out more about his ancestral ties to the hamlet of Hasselbach near Weilburg, Hessen, Germany. Dennis takes the record for waiting the longest between first learning about European Focus Private Tours (1998) to actually stepping off the plane to begin his personal journey. Starting from his landing and soon after, within an hour or so, Dennis was walking the quiet lanes of tiny Hasselbach, a sleepy little “Dorf” with a name which is tied to the history of a certain kind of bush (called a hassel) growing here with brown berries. “Hassel,” and “bach” for stream – Hasselbach. Such is the origin of village names in Germany. While walking around the village we encountered a local who told us that administratively, the village belongs to Weilburg. But the villagers attend church in another, closer village called Allendorf, just a couple of kilometers over the hill to the north. 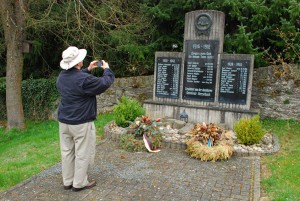 Taking photos of the war memorial

We went to Allendorf and quickly found the church, located in the center of the small village. The pastor was not at home, but the church caretaker was. She cheerfully let us into the old church with its precious “Koehler” organ from the early 1700s, one of only two in the Nassau region of Hessen. The church is well-maintained and dates from the early 1700s. It is not the first church to stand on this spot. At least two others have stood here, and the old stone baptismal font is from one of those earlier churches, and dates from the 1200s.

We learned from the pastor that records have been microfilmed and are kept in the archive in Darmstadt as well as copies held by the LDS church. 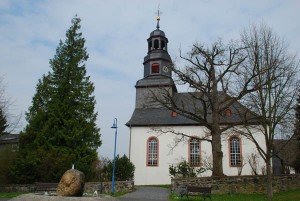 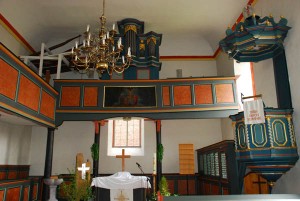 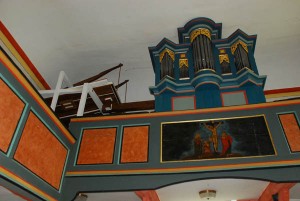