We were sitting outside at the Augustiner an Gendarmmarkt in the heart of Berlin wrapping up our dinner when a gentleman at the next table suggested we make a trip out of the city to see the German Luftwaffe Museum. He could tell from our conversation that we were on a World War II-themed trip, and he suggested the museum would be of interest. Plus, he turned out to be the director.

The next day, a hot and bright one by German standards, we drove out of Berlin to the suburb of Gatow, where a sprawling airfield holds more than 125 aircraft from all periods of German aviation. Highlights include several helicopters used during the Cold War by East German forces, MiG fighters and a replica of the triplane flown by Manfred Freiherr von Richthofen, also known as the ‘Red Baron.’ Parts of a massive V-2 rocket from the end of the war are also on display, plus much more.

The museum is near Potsdam. 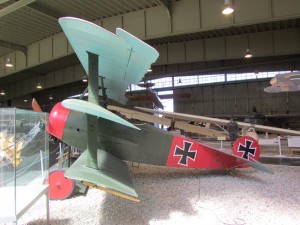 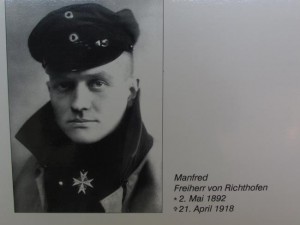