The church from the east

The Alexander Church was built in the 1200s as a Gothic chapel, later enlarged in the 1500s to a large hall church with thick stone pillars supporting the roof. The church is relatively plain inside, in keeping with traditions of the Evangelical Lutheran (Reformed) Churches in this part of Germany. 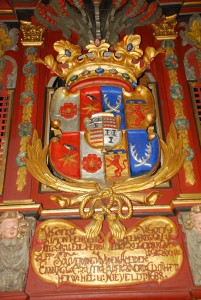 The crest on the facade of the organ, with date 1688

The organ at the rear of the church is the exception, ornate and colorful and presented to the church by a local wealthy family in 1688. The pulpit appears to be 19th century in origin. Originally, a cemetery would have surrounded the church. This is the ancestral church of the families Grote and Kersting and associated families from nearby Mackenbruch. 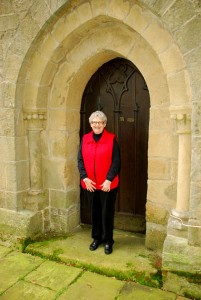