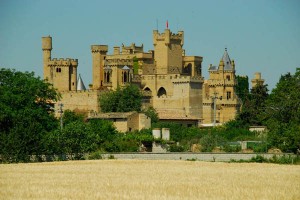 Seat of the Kings of Navarra

We stayed at the gorgeous and historic Parador at the former 14th century palace in the center of tiny Olite, Spain last night. It was a night to remember. The Paradors of Spain are government-run hotels that help to preserve what might otherwise be a derelict structure. Our rooms were massive, with fireplaces large enough for a family of three. In fact, we didn’t even leave our room after check-in and an early dinner. 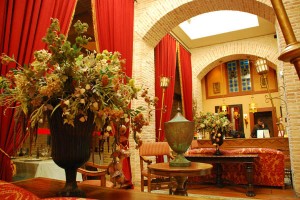 Part of the expansive lobby of the Parador, located in the 14th century section of the palace

This morning after breakfast from an extensive buffet, Jim and Bob explored the nearby castle while the ladies relaxed back at the Parador. We climbed to the very top of the tower for the extensive views over the rooftops of the village and the rolling countryside all around. The castle was built in the 14th and 15th centuries, destroyed by Napolean’s armies in the early 1800s and then laid in ruins for more than 125 years until it was restored by the government. A competition was held to determine which architect would win the contract to rebuild the palace and castle. A view of the place from the east is a treat for the senses. 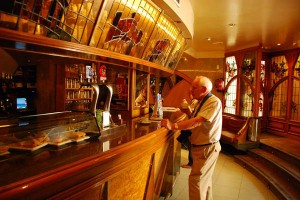 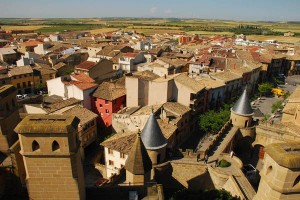 We climbed more than 100 stairs for this view