The disastrous 30-years war from 1618-48 in Europe devastated large areas of the landscape, emptied towns, killed millions and resulted in entire populations of people moving from one area to another to either escape the fighting or to fill in the gaps left behind by famine and disease which nearly always follows large-scale wars. What was the end result? Nothing much. A war started as a disagreement over religion and sparked by the protestant reformation nearly 100 years prior devolved into a bloody ravage through the land with regions switching sides numerous times as the multitudes died.

The Treaty of Westphalia was signed in this very room in the town hall of Münster, Germany. Forward-thinking town officials had the precious wooden paneling removed during World War II. It was safely kept outside of the town as the bombs fell and much of the historic city center was burned to the ground. The room was restored soon after the fighting stopped. It is now part of the ‘Peace Hall’ exhibit, and well worth seeing. 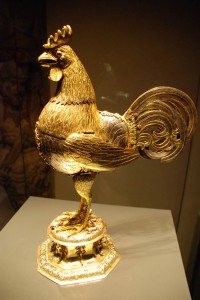 The golden drinking vessel is dated from about 1605. It would have been used to welcome those coming to sign the treaty in 1648. 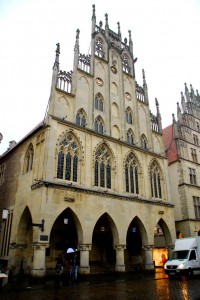 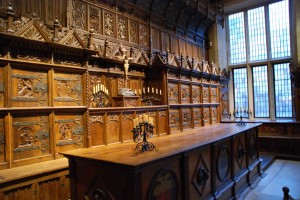