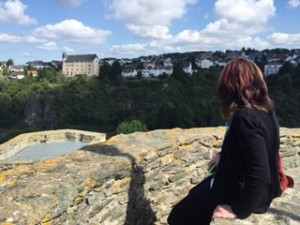 While on an ancestral discovery trip to nearby Oberursel, our guest Steffani from near Atlanta, Georgia had the opportunity to conquer her fear of heights AND explore an ancient medieval castle all at the same time.

It was a bright and gorgeous July day when guide James Derheim offered a day trip around the area north of her ancestral village. Our objective was Runkel, a hamlet along the Lahn River where there is a massive, stony castle perched over the scene since the middle of the 1100s.

The castle is rustic, not a palace, but rather a bullwark of strength to “protect” a bridge built in the 1440s over the Lahn. (In medieval speak, this means “extort money from those wishing to use this safe and secure passage over a river.”) It is easy to imagine knights perched up in one of the three strong towers with views over the river and surrounding, rolling landscape. A castle across the way was built just to intimidate the counts who lived here. The castle was used up to 1632 when it was burned during the Thirty Years War. 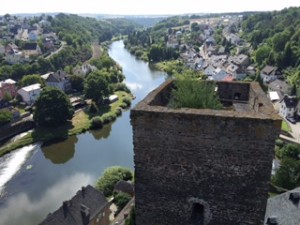 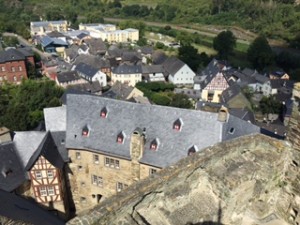 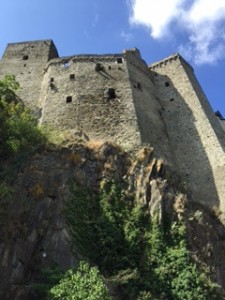 Villagers knew who was in charge, just look up! 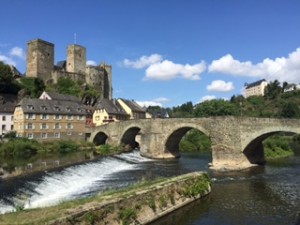 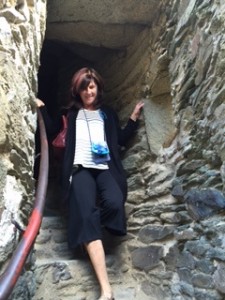 The castle and the protected bridge. Steffani has successfully conquered her fear of tall places