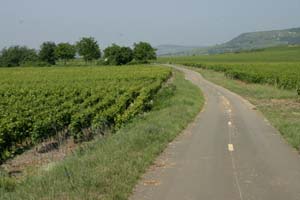 The first time Jim ever went to France was on assignment for the European Stars and Stripes newspaper. He drove around the Alsace and into the Vosges Mountains and then, near the end of a long day, was on his way back to Darmstadt, Germany and homebase for the paper. The only problem was, Jim had been having so much fun that he got lost and disoriented. Lacking a really good map and any knowledge of the French language, he relied on roadsigns to point the way. Signs to “Allemagne” kept popping up. “Where the devil is Allemagne?” Jim kept wondering, failing to see it on his poor map, which came from Germany. Finally, afer more than an hour of driving in circles, Jim reached the border. It was then that he discovered that “Allemagne” is what the French call Germany.