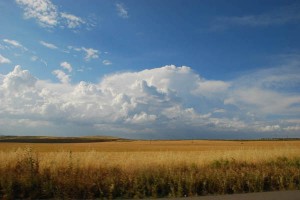 Spain is a land of huge dimensions. Spain is the second largest country in Europe after France but due to its geography, seems larger.

We’re driving our VW van across the REAL Big Sky Country (apologies to the state of Montana) on our way from Portugal to Barcelona, Spain where we’ll meet our next guests on June 1. Along the way, we’re treated to panoramic views, seemingly endless stretches of farmland, hundreds of wind turbines (Spain leads Europe in wind power generation) and small towns and villages dotting the plains. 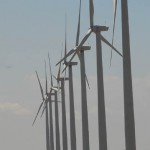 Closer to our destination, the azure color of the Mediterranean beckons but it’s really too cold for the beaches, being only in the lower 20s centigrade, or around 72. Beach season is still a month away in this part of Spain. After a night in La Mancha and another thunderous storm that night, we pushed on for our destination, taking pictures along the way. 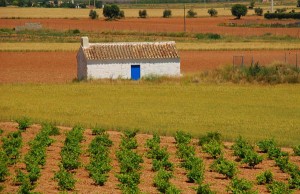