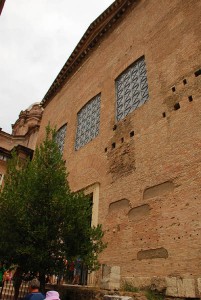 The Curia was the meeting place for representatives of the three original tribes of ancient Rome.

The Curia is open now, the first time in many visits to this ancient place that it’s been accessible. This was the meeting place for the Roman Senate. It is now used for exhibitions with a current exhibit on the Emperor Nero. This unpopular emperor who “fiddled while Rome burned” killed himself while being pursued by an angry mob in AD 68. Now, they’re digging up remains of his once massive pleasure palace, part of which once occupied the current site of the Colosseum. 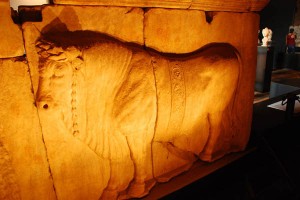 A relief of a bull in the curia 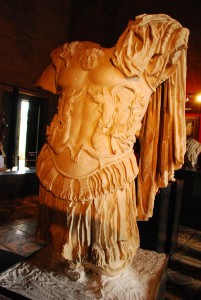 A statue of Nero, head lopped off, dating from before AD 68 when he killed himself.