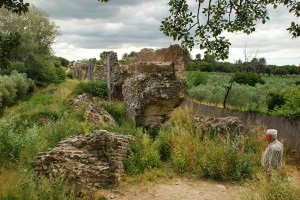 Art Casement looks at remains of an ancient aqueduct near Arles, France

We learned today when we visited the ancient Greco-Roman remains of Glanum, near St. Remy-de-Provence that an ancient dam once held back rainwater collected in the rugged gorges of Les Alpilles. This artificial lake fed an aqueduct that supplied water to the large city of Arles, located to the west. We found remains of that aqueduct on our way into Arles. 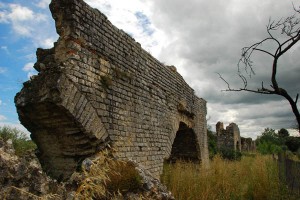 Posted in France Tours and tagged aqueduct near arles.