No one has taken more private tours with us than Art and Carol from New Jersey. Their first trip was in 2007 in Germany. Since then, we have explored France, Spain (2), Portugal (2), Italy, Ireland, Croatia, Slovenia and Austria. Their most recent trip was to Germany including some sites connected with the history of Martin Luther the Reformer, plus villages along the Fairy Tale Road in north central Germany. Art and Carol found us by searching on the internet after having taken some chauffeur trips in the past plus some independent train travel. Here are just a few shots from their trip. 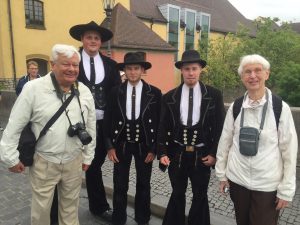 Within an hour or so after landing Art and Carol were meeting authentic German “Zimmerleute” on their way around Europe on their two-year trek. This is an ancient tradition and special to see! 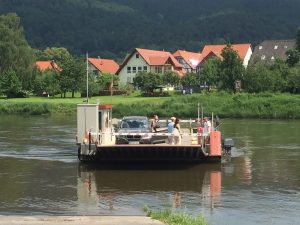 Crossing the Weser on a tiny ferry that was nearly silent 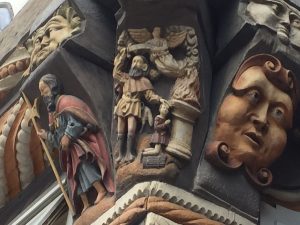 Wood carvings on a house from 1550 in Hameln 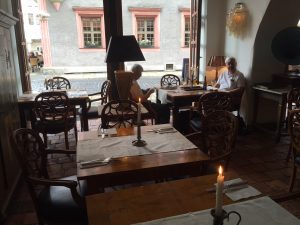 Lunch in a classy place in Goerlitz, the farthest eastern town in Germany 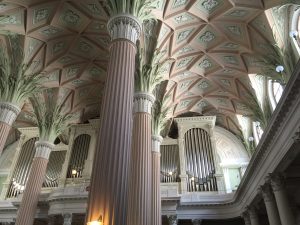 A stop in Leipzig to see the church where the gatherings took place in 1989 which spurred the fall of the Berlin Wall later that autumn. 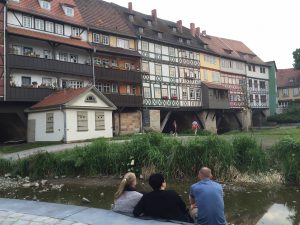 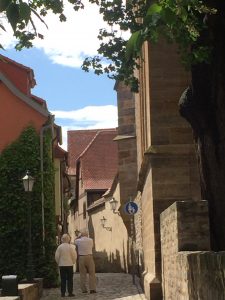 Scenes of Erfurt, where Martin Luther converted and became an Augustinian Monk. We also saw the place where lightning struck and where he made his vow to become a monk if he were saved from the storm. 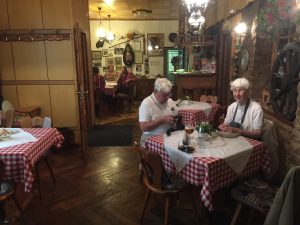 Art and Carol love discovering what they call “Holes in the Wall” where the locals go and where you find great food. We found one in Eisleben, where we saw Luther’s birth house and had soljanka, a Russian soup. 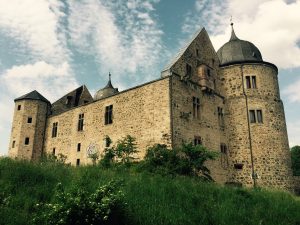 The castle Sababurg is part of the “Fairy Tale Road” in central Germany. This is where the story of Sleeping Beauty has its origins. 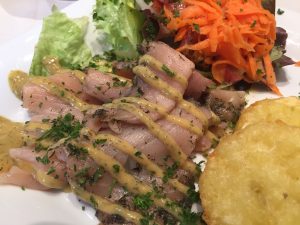 Who says that eating healthy in Germany is difficult? We found a wonderful “Hole in the Wall” in the factory town of Bernburg, Sachsen-Anhalt. 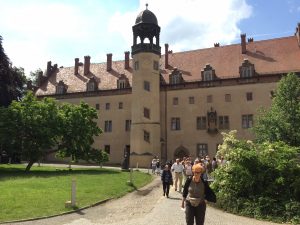 Back on the Luther Trail we visited his house in Wittenberg, now a museum. 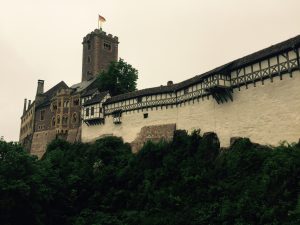 Wartburg Castle where Luther, in hiding and disguise, translated the Bible from ancient Greek into German. 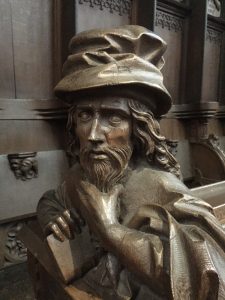 We visited Ulm as a day trip from nearby Rothenburg ob der Tauber. The Minster has the highest belfry in the world. Carvings survive from the 1400s. 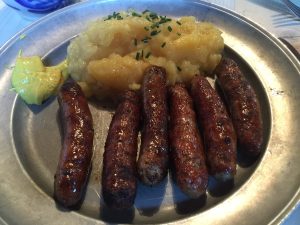 You cannot visit Nuremberg without having some of their delicious, signature brats. 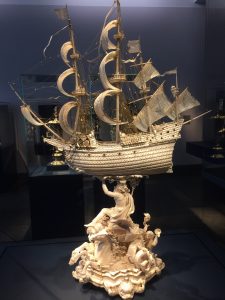 Dresden’s collection of jewels and precious works of art cannot be beat. We spent a couple of nights in this gorgeous small city which has risen from the ashes of World War II to once again be considered as the “Florence on the Elbe.” 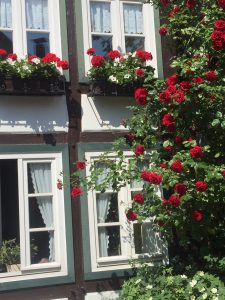 As we travel we love to stop and take photographs. This is in the small town of Blomberg, Northrhein-Westfalen. 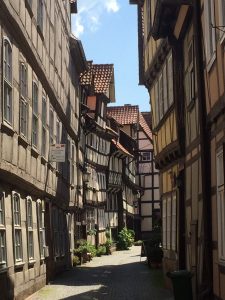 A stop to walk around half-timbered Hann. Muenden, north of Kassel as we made our way back to Frankfurt 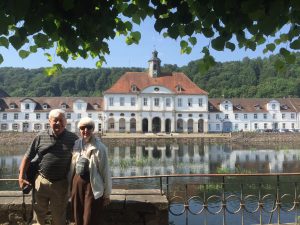 Surprising Bad Karlshafen, a spa town created in the Baroque era which is slowly moldering away. Art and Carol on their last day of their ninth trip with European Focus.

Only European Focus Private Tours has the depth of knowledge and experience gained from 26 years of intensive travel to turn any trip into the “Trip of a Lifetime.” Contact us today to get started on your own private adventure in Europe.