When Susan K. contacted us on March 24, she told us that she wanted to take her 29 year-old son on the trip of a lifetime. His goals were to see as much of the Alps in central Europe as possible. Top on his list were the Dolomites, the area around Berchtesgaden, some World War II history and of course, great beer! She had looked into a Rick Steves tour, but it was too long and besides, as she wrote, ‘who wants to share this experience with 45 strangers on a bus?’ This is exactly why European Focus Private Tours exists, and why we’ve been spoiling people to our way of travel for more than a quarter century. Susan is going exactly where her son wants to go, and for how long. And, we’re going to stay in unique properties that are much higher in quality than what those on the big bus tours endure. The tour is set for September 23 – 30. 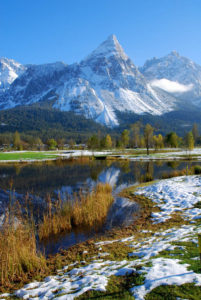