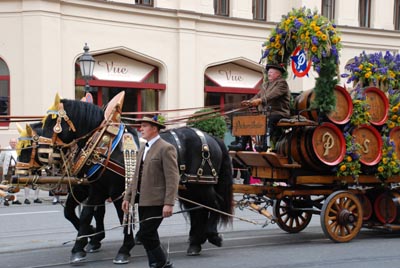 Roll out the barrel, it’s time to party!

Germany’s biggest party, the Oktoberfest, began this weekend in the Bavarian capital of Munich. What a party! And, it’s just getting started. European Focus’ latest guests arrived this morning and within a couple of hours, one of the party was standing on Maximillianstrasse watching the huge and seemingly endless parade pass by. (The other two were getting some horizontal time with their bed back at the hotel!) Here are some scenes from the parade. 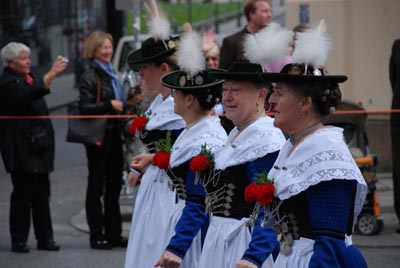 It seemed that all of Bavaria was involved in the parade,
which featured thousands dressed in their local costumes 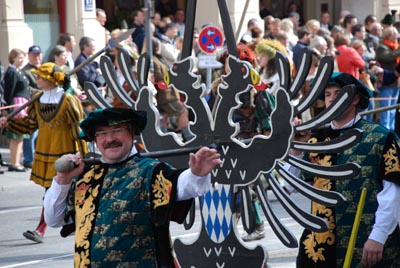 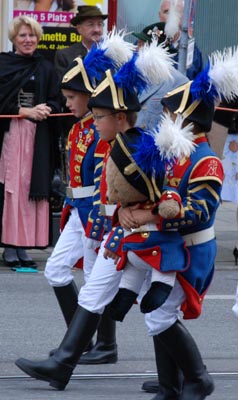