Patrick Majewski started planning his private tour in Germany in July, 2013 following a bus tour with his wife, Carol. One of the primary objectives of the trip was visiting sites where his father had been kept as a prisoner of war during World War II in Germany. During the last couple of days, we have visited tiny places that are definitely not on the tourist map, or on the bus tour schedule. But, with European Focus Private Tours, these places become our itinerary.

We saw the house where his mother was born in the town of Horst-Emscher, and we saw the place where his father was kept as a prisoner, now a concert hall and sports complex in suburban Dortmund. The next day, we visited a location where he was also kept as a prisoner who was forced to work on local farms on the Dutch and German border.

Pat came all the way from Australia to see these out of the way places which are important to his family history. 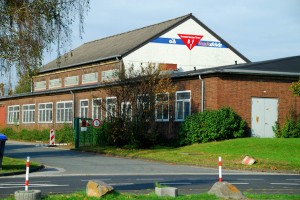 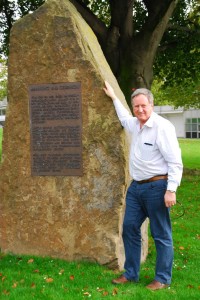 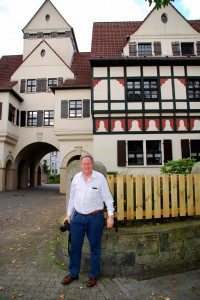 Pat Majewski stands at the entrance to a neighborhood where his mother was born in 1924. We learned that this area was built to house miners working in the region.