Coming on our next private, custom-designed tour with a party of two, who will be celebrating their 30th anniversary on their European Focus Tour of October 4 to 23 to:

Hirschhorn Castle and the Odenwald Forest 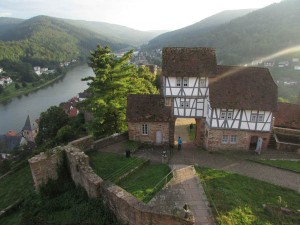 Hirschhorn Castle, October 4. The castle dates back to 1250 with the main house, where we are sleeping, finished in 1568.

Gleiszellen and the wine country of southwestern Germany
Meersburg and Germany’s wine country on its largest freshwater lake
Lans, Austria and the Tyrolean Mountains
Berchtesgaden and surroundings including Salzburg
Regensburg, one of Germany’s oldest cities founded by the Romans in 189
Prague, one of Europe’s most beautiful capital cities
Rothenburg ob der Tauber, Germany’s best medieval small town
Bacharach on the Rhein and castles, castles, castles! 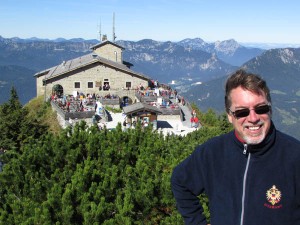