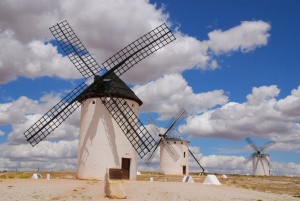 It looks like another busy year for us in Europe, with the following adventures set to take place (so far) on our calendar.

April 23 – May 7
Steve and Debbie come back for their second trip with us, this time to Germany and Austria. Welcome back, Chicagoans!

May 8 – 23
First-time travelers from Australia, two couples, join James for a tour including southern Germany, Italy and a bit of Austria. This tour was custom-designed around their interests, as are all tours led by European Focus.

May 25 – June 8
Art and Carol come back for their ninth trip with European Focus since 2006. This time we will explore central and northern Germany including Erfurt, Dresden, Wittenberg and the Fairy Tail Road around Hameln.

June 10 to 23
A family of four from New Orleans on their first tour with European Focus to Auschwitz-Birkenau, Krakow, Dresden, Munich, Rothenburg, Berchtesgaden, Salzburg and Innsbruck area.

June 25 – July 7
First-time travelers from Australia, two couples, hook up with us after their bike and barge tour ends in Cologne. James takes them on a small town exploration including Bacharach, Gleiszellen, Meersburg, Berchtesgaden and Rothenburg plus a two-night stay in a castle high above the Neckar River near Heidelberg.

August 12 – 19
Repeat clients Ken and Gloria come back to Germany, this time with their grown daughters along for the experience. We will be visiting the Rhein Valley, Rothenburg ob der Tauber, the area around Wartenfels (Coburg) plus Nuremberg and Salzburg.

September 11 – 25
Two-time travelers Don and Colleen bring friends for a trip in France led by James. We will be exploring the Normandy coast, Burgundy and the Loire Valley.

October 1 – 10
First time European Focus travelers Lisa and Tad bring their daughter from California to see ancestral villages in Germany and in the Ticino area of Switzerland.

Just booked
October 13 – 26
We welcome two couples on a trip down memory lane, with visits to two former military bases in Germany where they were stationed in the early 1970s. We also visit small towns and villages such as Hirschhorn, Meersburg, Schoenwald in the Black Forest, Berchtesgaden, Regensburg and Rothenburg plus the Rhein River.

Our season normally runs from 1 April to 1 November although we will do off-season tours by request. Remember, you are never under any obligation just for asking for a tour estimate. Fill out your interest form today.