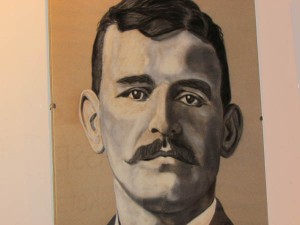 No, it was not. This may come as a shock to those whose knowledge of history is restricted to what they learned in High School, but the first person to successfully fly a heavier than air craft was Gustav Weisskopf, a German-American from the hamlet of Leutershausen near Ansbach, Bavaria, Germany.

Weisskopf, who later changed his name to Whitehead, flew his craft in Connecticut on August 14, 1901 more than two years before the Wright Brothers flew their much-heralded flight in 1903. The problem was, Whitehead was not a promoter, nor a salesman. He was an engineer and he was too quiet about his accomplishment. Not only did Weisskopf fly, he flew twice. The second flight was an 11-kilometer loop over Long Island Sound in January, 1902. Sadly there are no photographs showing his aircraft in the air.

A model of his aircraft is on display in the museum in Leutershausen. 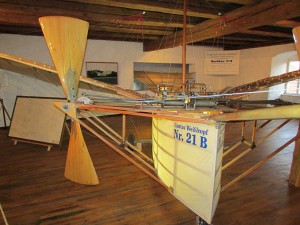 A heavier than air craft like this one flew two full years prior to the Wright Brothers. The pilot was German-American Gustav Weisskopf