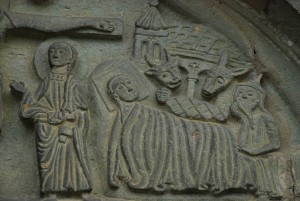 Ancient stone carving on the north side of the church

The Catholic Church of Saint Pankratius is the ancestral church of Suzanne Pellegrino and Elizabeth Renney’s Mollerus ancestors, who settled in this village in the last years of the 18th century. 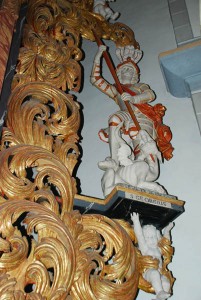 Detail of the high altar from 1721 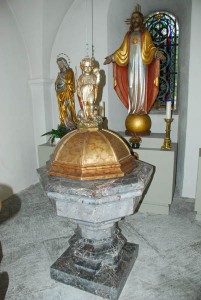 Where ancestors were baptized

A massive organ with 33 registers built by Johann Patroclus Moeller dominates the rear of the church. It was built in 1750 and is still in good working condition, although some locals say that the large organ is too loud for the small church, which appears larger on the outside but which is smaller inside due to the nearly six foot thick walls. 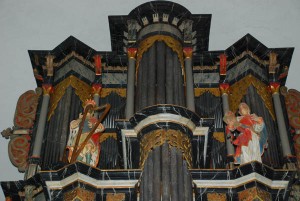 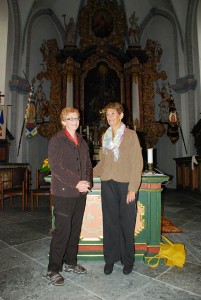 Beth Renney and Suzanne Pellegrino, both descendants of an ancestor who emigrated from Hoinkhausen, in the ancestral church of St. Pankratius