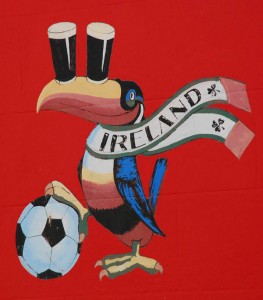 The Irish government plans to kill off the last bastion of village socializing with new ultra-strict drinking and driving laws.

Starting soon, empty pubs all across Ireland. Why? Because of Ireland’s newest “get tougher” stance on drinking and driving. Starting on October 1, it will now be illegal to have even one pint before getting behind the wheel. This will certainly be the death of many a village pub, which are reliant on the farmer stopping in for a pint before he heads home to wife and kids. For those bachelor farmers who live a lonely existence and who rely on the connections made at the village pub, it will mean the end of this lifeline. Now don’t get me wrong, I am firmly against drunk or impaired driving. (Impaired also means using a cell phone while driving) But one lousy pint, enjoyed with friends over the course of an hour? Come on. I think Ireland is getting a bit nuts in its current economic state of misery, and the people in government have decided to ratchet up the misery meter just a few more notches. Good-bye neighborhood pub. Hello Sobriety Nation.
Posted in Ireland Tours and tagged drink, drive, ireland, laws, pubs.