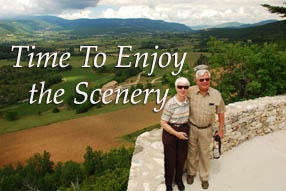 We get asked often, “How much does a private tour with European Focus cost?” Owner James Derheim is not trying to be evasive when he responds “It depends.” Because European Focus Private Tours are not cookie cutter, “take it or leave it” mass-produced trips, there is no accurate way to predict in advance the cost of a trip. There are so many factors to weigh. How many people? How long? Where? When? What desired comfort level? European Focus has clients who require all five-star hotels. James has clients who request to stay where the locals stay. There are clients who want to be driven in the most luxurious Mercedes that exists. There are clients who want to travel in our company-owned Volkswagen van. You can imagine that with all of these factors, and more, it is very difficult and inaccurate to provide costs before clients fill out a simple form (found here on our web site) and after James conducts a brief interview.There is never any obligation, no fee, and you are never added you to an annoying mailing list.

For approximation sake only, here are some recent trips and the approximate cost of those trips.
All costs do not factor in airfare. European Focus doesn’t know how our clients want to fly. Most use points. Some fly up front, and some prefer coach. The costs below represented a ballpark of what the client paid for their trip.

Eight day trip in Germany, Austria for a party of eight: $18,000 (staying in a combination of luxury and country inns) 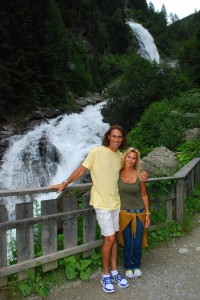 Two time client Susan and her friend Ike enjoy a hike along a roaring waterfall in Austria’s Oetztal Valley during their July, 2012 tour.

12-day trip in Ireland including Edinburgh and London for two including logistical costs of getting from Ireland to Scotland and from Edinburgh to London: $22,000

Seven day trip for a family of four in Germany: $15,000 including staying in two spa hotels, all food, a stay in a luxurious manor hotel with luxurious dining, all sightseeing. 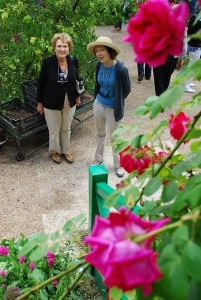 14 day trip for a family of three including Germany, Copenhagen, Berlin and all meals: $18,000 (the family chose to stay in several five star hotels for which they paid. European Focus paid for about half of the hotels, which were in the upper three and four star range)

14-day trip with a family of three in Belgium, northern France, the Loire Valley, Burgundy and Paris: $35,000 including all hotels, food, sightseeing

10-day trip for a couple starting with three nights in London, then through the southern England countryside including Salisbury and Stratford-upon-Avon and then two nights in Edinburgh: $20,600 including hotels, food, sightseeing

16-day trip for two starting in Lisbon and including the southern parts of Portugal plus Seville, Cordoba, Toledo and other areas of Spain: $33,500 including all meals, transportation, sightseeing and other logistical costs

These are just a few examples from trips that European Focus owner James Derheim put together and led recently. James creates the trip around your wishes and needs, so every single trip is different. (321 trips so far up to end of November, 2019. All 14 tours which were on the 2020 schedule were either cancelled or moved to 2022 and 2023 due to the pandemic)

There is never an obligation for asking for a cost estimate.