September 30 from a visit on September 28 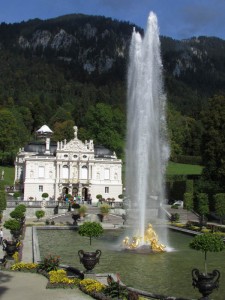 Linderhof Castle was built for the reclusive King Ludwig II.

Bavaria’s last real ruling monarch, King Ludwig II, left behind many IOUs and debts from his wild building program. He built three castles, two of which were never completed. He wrote out huge IOUs, was declared crazy, put into a hospital and was a short time later found drowned with his doctor. In his wake, millions of camera-toting tourists from all corners of the globe pouring money back into the treasury and perhaps somewhere Ludwig is having the last laugh.

We visited his not so humble Hunting Lodge the other day. Linderhof glitters with 24 karat gold and is bursting at the seams with porcelain, mirrors and an 8-foot bed with panoramic view of a waterfall and King Neptune. On the hill above is a manmade grotto created for his private Wagner opera performances. Stranger still is his ‘tea house,’ built to look like something out of Bombay. 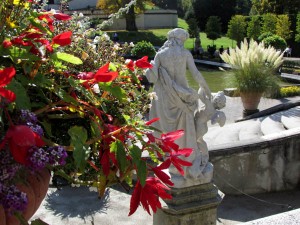 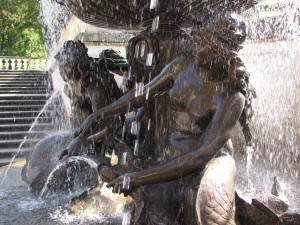