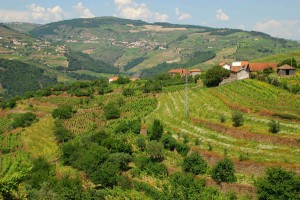 We start with three nights in Segovia where we are positioned conveniently for several trips including Salamanca. The tour then moves up into the Léon y Castilla region, known for being part of the Camino de Compostela, as well as beautiful, rugged scenery and hilltop villages that show a connection to the Moorish past. We move on along to the famous pilgrimage city of Santiago de Compostela for a few nights to see what is considered one of Europe’s most beautiful city squares as well as the pilgrimage cathedral of St. James. Finally, we make the scenic drive down the coast into Portugal, where we’ll spend time in the northern part of the country, including Oporto and Braga. The trip ends with an overnight stay near Lisbon’s International Airport for your departure.

If there’s interest within the group there is much more to experience, including:
• Trying the Spanish and Portuguese specialty of “Leitdo Assado” or Roast Suckling Pig
• A visit to the palace of Felipe II’s, El Escorial (1563).
• Excursion to the Valle de los Caidos (Valley of the Fallen) and its huge Holy Cross monument built by General Franco as a memorial for the fallen in Spain’s civil war through the countryside
• Exploration of the impressive headlands of the Costa da Morta
• The spectacular landscape of Las Médulas resulted from the Ruina Montium, a Roman mining technique described by Pliny the Elder in 77 AD
• Port tasting and buying

13 days starting from (depending upon number of people)
EURO 4,999

Package Offer includes:
• All meals and drinks (up to two glasses of wine or beer per person
@ dinner)
• All lodging
• Transportation costs, fuel and tolls
• Tips
• Admission fees (excluding special requests such as bullfights)